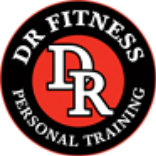 THE ALL COUNTIES BODYBUILDING CHAMPIONSHIPS 2000

In the year 2000 I decided to compete in my first ever bodybuilding competition.
The competition was in Gravesend in Kent, it was called the 'All Counties Bodybuilding Championships'.

There was 4 different classes to compete in, which was: Over 45's, Beginners, Novice and Mister.
The Beginners class which I competed in was for people competing in their first ever competition.

I entered this competition with no previous experience. I was shown the compulsory poses by some of the other experienced bodybuilders in my Battersea home town gym, the only other knowledge I had was from watching videos of the pros and reading bodybuilding/fitness magazines.

I practiced my bodybuilding routine to music over and over again, I remember having butterflies in my stomach thinking that I would forget it.
If that wasn't bad enough I put even more pressure on myself by choosing a Michael Jackson song (Billie Jean) to do my routine too!
Most bodybuilders either choose rock music, rap or some sort of dramatic sound track but no I wanted to be different.

I was very happy with the outcome in the end....well actually that’s not completely true, I was gutted to get 2nd place in my class.
I was extremely happy to win the overall 'Best Presentation' award though for my routine to music as that involves all the different classes competing against each other making it the hardest to win.

THE COMPETITION
(Consisting of five 1 to 3 minutes videos)

1) The walk on stage

4) My Bodybuilding Routine to Music

'The mind is the limit. As long as the mind can envision the fact that you can do something, you can do it, as long as you really believe 100 percent!' 'Arnold Schwarzenegger'